What’s In An E-way Bill?

What’s In An E-way Bill? 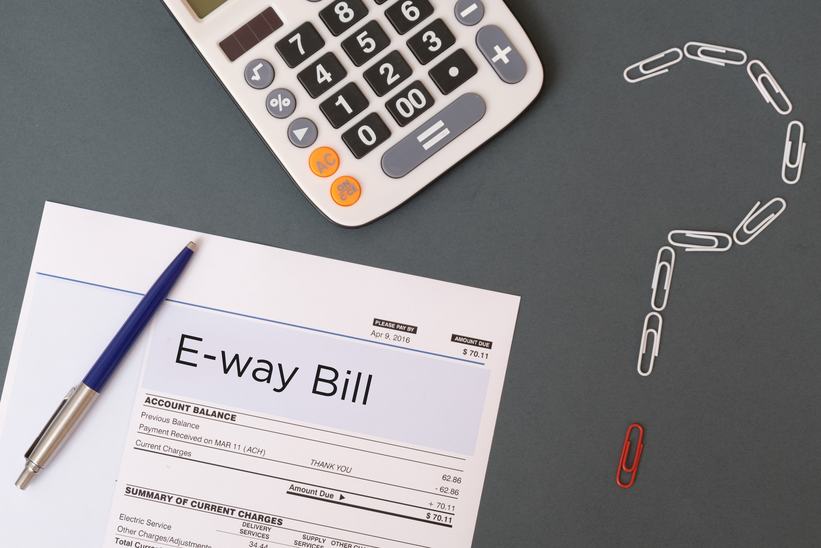 For all e-commerce sellers out there already tangled with the number of GST procedures, the E-way is one more thing that might add to your concerns. It might seem confusing but it has a number of benefits. Firstly it is going to root out any time-delays during check posts and secondly, it helps to catch tax evasion. The E-way bill is like a ‘2 birds with one stone’ value addition to G.S.T. and it’s going to stay. Although it’s received lots of criticism due to ‘technical glitches’ it has finally been rolled out from April 1st.

I’m sure at this point your head is buzzing with questions about what, where and who, don’t worry about this article we’ve highlighted it all:

Before I go on to explain any jargon about E-way bill it’s always good to put an image to the words, so here’s what an e-way bill looks like:

E-way bill (full form electronic bill) is a document required to be generated online under the G.S.T. system when goods valuing anything more than Rs. 50,000 are shipped interstate or intrastate.

2. What does the e-way bill contain?

It contains details of the goods, the consignor, recipient, and transporter.

It has two parts – Part A and Part B:

Part A has information that is usually covered in an invoice such as such as invoice number and date, GSTIN of supplier and recipient, HSN and value of goods etc. And Part B has details about transporter, vehicle number, transport document number.

3. When does it need to be generated?

Before the goods are shipped it should be generated. E-way bill has to be generated when there is a movement of goods :

(Supply could be a sale of goods and payment made, branch transfers for instance or barter where the payment is by goods instead of in money)

4. What happens if the e-way bill is not generated?

If a consignment is found without an e-way bill they are liable to pay a penalty of Rs. 10,000 or the tax that is evaded whichever is greater. So a transporter has to carry a copy of the E-way bill and the invoice as documents to transport goods. The E-way bill number can also be carried and mapped to an RFID (radio frequency identification device).

5. How would you get checked for an e-way bill?

Under the G.S.T. regime check-posts have been removed but at any point, a consignment can be intercepted and checked for it’s E-way bill. Just like at ‘naka-bandis’ in Bombay if you don’t have your license you’d be fined!

6. Who can generate an E-way bill?

Any registered parties to a transaction: The recipient or consignor can generate the e-way bill. The mode of transport could be ones owned/hired or by road, rail or airways but an E-way bill has to be generated always. In case a consignor or consignee haven’t generated an E-way bill then the transporter has to generate it. Also when the transporter or consignor generates the E-way bill it needs to be either accepted or rejected by the postal within 72 hours, in case this isn’t done it will be accepted as default.

7. Why is the E-way bill important?

Now that you know all about E-way bill, don’t forget to generate it or else you’ll be in for a bumpy FINE ride! For further questions comment below and let us know.